Showing posts from 2018
Show All

Engine unable to start but cranks 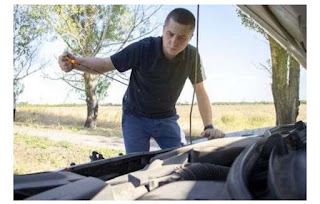 If the fuel pump is not delivering adequate fuel pressure and volume to the engine, the engine may not start or run properly. Low fuel pressure can cause hard starting, a rough idle, misfiring, hesitation and stalling. No fuel pressure will prevent the engine from starting, or will cause the engine to quit running if the fuel pump fails while driving. Fuel injected engines are very sensitive to fuel pressure as well as fuel volume. Low pressure will cause starting and driveability problems. A pump that can deliver adequate pressure but not enough volume may allow the engine to start and idle normally, but it will starve the engine for fuel and cause a loss of power when the engine is under load, accelerating hard or cruising at highway speeds. Engine Cranks But Will Not Start A dead fuel pump can prevent an engine from starting, but so can a problem with the ignition system or the engine itself (such as a broken timing belt). The first thing to check would be spark. This can be done …
Post a comment
Read more

Black smoke of an engine 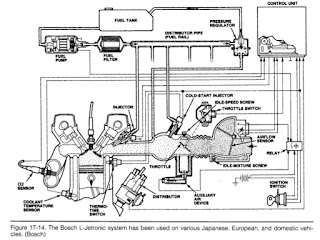 It is not uncommon that petrol engine exhaust black smoke, following poor fuel economy. This is due to an incomplete combustion in the chamber.
If the supply of air (Oxygen) is insufficient, compared to fuel supply, it causes incomplete burning of the available fuel, and excess fuel exhausted, which causes blacky smoke of the engine, alot of fuel wasted.

Parts of the engine that causes this

Replace the airflow sensor if tested faulty, the common test for this is by racing the engine and noticing that the accelerometer pointer will be seen not passing 3000rpm and engine would be frustratingDust the air cleaner element or replace it, if possibleUse carb cleaner or thinner and free all the holes of the injectorClean or replace oxygen sensor, this is mostly notice by the engine displaying check engine light …
Post a comment
Read more

Steam Cleaning of your car's engine.

December 08, 2018
There are lots of debates about steam cleaning of an engine, as in whether it's necessary part of an engine maintenance or not. As an engineer and instructor I always answer it as the necessary but not the compulsory part of engine maintenance.
I therefore implore my clients to read and know the advantages and drawbacks of this:
SafetySteam cleaning significantly reduces the incidence of accidents that engine fire brings about. Longevity It can extend the overall life of the car engine. A clean and well-maintained engine is safe from rusting and clogging which may affect and reduce the performance and longevity of an engine. Early Detection Through this process, you can identify the source of any type of fluid leaks. Most engine fires are attributed to unidentified leaks which early detection could have prevented. But how could you detect the leaks if mud and grime cover the engine? Beauty It can improve the engine’s appearance and increase its resale value. Some people believe that …
Post a comment
Read more

Know the cooling system of your car 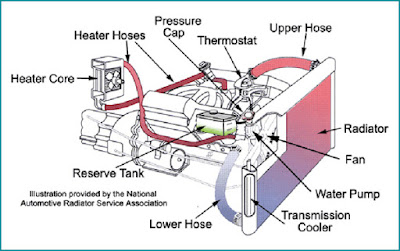 It is recommended that a seven (7)-point preventative cooling system maintenance check be performed at least once every two years. Consult your vehicle owners manual for specific auto guidelines. This inspection is designed to identify areas that need attention, and consists of:
a visual inspection of all cooling system components, including belts and hosesa radiator cap pressure test to check for the recommended system pressure levela thermostat check for proper opening and closinga pressure test to identify any external leaks to the cooling system parts; including the radiator, water pump,  engine coolant passages, radiator and heater hoses and heater corean internal leak test to check for combustion gas leakage into the cooling system Engine cooling fan test for proper operation

The main function of the Cooling System is to carry heat away from the engine and maintain the desired operating temperature. This is accomplished by circulating antifreeze/coolant through…
Post a comment
Read more 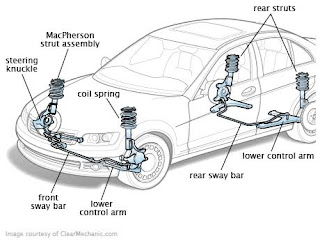 After the engine of a vehicle it is the suspension system that holds prime importance because it is the harbinger of a comfortable ride. The suspension system minimizes the impact of a particular road condition providing a safe drive to the occupants of the vehicle. This might sound pretty simple but when you come to think of it seriously it is not as simple as it might seem to be. When acceleration comes into force and force translates into raw energy this energy travels through the frame of the vehicle .without coils and springs to absorb this the vertical energy would cause the vehicle to jump up off the road reducing tire friction and control which would result in a heavy bounce back downwards by the car with even greater force which could be very dangerous. Coil spring and leaf springs to absorb all forces and to keep the tires firmly planted to the ground so that the tire always remains in contact with the ground

The term suspension is given to the springs, sho…
Post a comment
Read more
Appointment Request Form