Why your Car's Engine Failed To Rev Above 3000 RPM

May 19, 2019
Most of the new model vehicles now are equipped with many accessories, aimed at improving the fuel economy and  reducing emissions.

By the time these parts/accessories begin having faults due to aging or accumulation of dirts, the vehicle will start to malfunction.  There are many reasons for a problem of accelerations for different vehicles, but few cases are discussed below.

A catalytic converter is a car component that works to reduce vehicle emissions and pollution. It is a metal canister installed in the exhaust system. It is filled with a chemical catalyst, usually a platinum and palladium mixture, and helps to convert the vehicle's emissions into non-harmful gasses
Its blockage will cause the engine hard breathing and consequently hard revving to more than 3000rpm.  Test whether the catalist free  by pouring clear water into it. To leak out to other side.

If it is not, quickly remove and replace the converter. Start to see that your engine will rev normal. Another symptom of a bad  catalyst is overheating of the car  compartment, even the driver and passengers will notice this.

2. Fuel Pump and Filter.
For normal combustion to take place, there must be enough:

A reduced or the absence of each of the components will results to abnormal work of the engine.
If the pumping pressure of the fuel pump is low, it'll be hard for the engine to have enough revving power.

Fuel pump Failing pressure causes engine not to rev more than 3000rpm. Unlike catalyst, the engine will nearly trip itself off when the RPM is reaching 3000 and will trip off when you dwell too much on throttle  pedal.

For a vehicle with intank fuel filter and pump, replace both the pump and filter. It's advisable to install a manufacturers' recommended parts, to avoid emergency breakdown. If you cannot afford to go for a genuine parts, get a Tokumbo pump and filter of a vehicle with a capacity 2x your your own Engine.
That's, if your engine is 1.8 ltr. Buy a Tokumbo pump of a car of an engine of 2.7 or 3.5 ltr. This will make it have enough pumping pressure and last long for you.

3. Camshaft Position Sensor (CMP): This sensor control the valve timing. It detect when the valves are opened by the rotation of camshaft, then send the information to brain box of the engine to supply the needed fuel amount  for a complete burning.

When the sensor starts problem due to constant Wear and tears or failing chips, it'll feed the computer with wrong information. For example when the valves are fully opened, that a computer should send corresponding amount of fuel, it won't.

With OBDII Scanner, diagnose to know exactly which one is at fault and replace in accordance with manufacturer's recommendation.

4. Timing not full:
If you've recently worked or your Engine that involves, altering the valve and ignition timing, have it rechecked. Normal timing of an engine is 15 - 0 degrees before TDC. Best results is 0 degrees. Check to confirm this.

If you can't locate this point, remove the spark plug of number one cylinder, turn the Engine till the piston comes up totally. At this point check the corresponding point on the cylinder head for the aligning marks of the cams.
If there is a slight misalignment, your engine work will not complete, as fuel supply will be when the valves are already closed.
Another symptoms to ensure that timing is not correct is:

5.Dirty Injector Nozzles
this is usually due to not buying enough fuel or waiting till you've emptied your fuel tank before buying another fuel.

This will cause the injectors to draw up impurities from the tank. The results is revving difficulty. This can kill your fuel pump at atimes.
Have them serviced by dipping them into thinner for halve an hour then test them one by one to ensure the desired spray.

If a nozzle drops instead of spraying service it or replace it.

There are other things that may contribute to the car's Engine malfunction, comment Below to share with us your problem, let's solve it together. 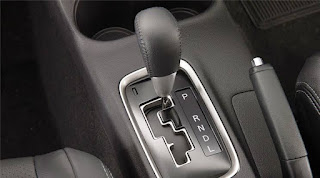