Tips on What To Do When Your Engine Overheats We hunted down car cooling system designers to find out what happens when cars overheat (it's not pretty) and what you can do to help prevent a breakdown Most cars are equipped with warning lights and a pressure relief valve, so if your engine starts to overheat, you'll probably get advance warning before it damages the engine. But don't keep driving. Important steps to follow when the warning light flashes are: 1. Pull over. 2. Turn off your engine. 3. Call for help. Be a smart car fault finder. What you need is your SMARTPHONE A BLUETOOTH CONNECTION OBDII SCANNER  Even a child of 8 years can follow an easy to use guide. Get your own from Amazon store Now That's it — stop there. Don't even think about touching the radiator cap while you're waiting for a tow truck. The cooling system is highly pressurized. Just loosening the cap a little can set off a geyser of hot coolant. Also,
4 comments
Read more 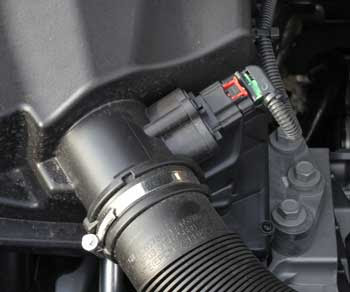 An engine misfires. It’s a sensation you instantly recognize but just as quickly block out. The engine stumbles for a moment and then regains its pace. Just as soon as the rpm settle down, though, the engine misfire reappears, and you’re stuck with the sinking feeling that accompanies all automotive problems beyond the shadow of your wisdom: “Something’s wrong.”  The sinking feeling is often followed by either, “This is going to be expensive,” or, “Why me/now/here?” All expected, but reasonable? What we recommend instead is, “How can I fix it?” Engine misfires can be caused by a list of faults, but there are a few suspects that occur more than others. The primary villains are simple – spark or fuel – usually manifesting in spark plugs, plug wires, the coil(s) or the fuel-delivery system. There are other more dire causes: computer or wiring problems, breakage in the rotating mass (pistons, rods, crank bearings), valves and the heads can fail or distort, cooling difficulties might
Post a comment
Read more
More posts
Appointment Request Form